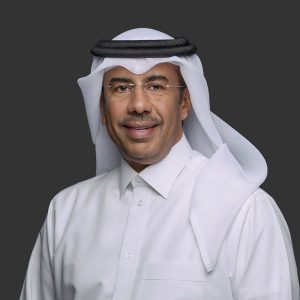 The general assembly of the Qatar Sports Arbitration Foundation (QSAF) has convened today to activate the foundation after each founder has nominated their representative and during that meeting the board of directors has been elected to be as follows Mr. Ibrahim Khalil Al-Mohannadi as President, Mr. Salman Ahmed Al-Ansari as Vice President and Hani Taleb Ballan as a member.

After the meeting, the President has indicated that “we would like to thank the football institutions over their cooperation to form the QSAF” and added “the board of directors is working to complete the policies and appointments in order for the QSAF to operate prior the upcoming season.”

Mr. Salman Al-Ansari the Vice President of QSAF said “today the football family has been completed after the establishment of Qatar Players Association and now the activation of the QSAF.” He added “we are working to have the QSAF and QSAT to operate with the best international standers and we are working on setting up a program to ensure the preparation of Qatari nationals arbitrators.”

The board member Mr. Hani Ballan said “the project took three years and we are happy that the foundation is activated to serve as the dispute resolution hub for the football institutions or the disputes between players and clubs.”

It is worth mentioning that QSAF has been founded by Qatar Football Association, Qatar Players Association and Qatar Stars League Management as a private institution for public benefit to operate independently from any other football and sporting institution and resolve through Qatar Sports Arbitration Tribunal (QSAT) the football or sporting-related disputes in the State.